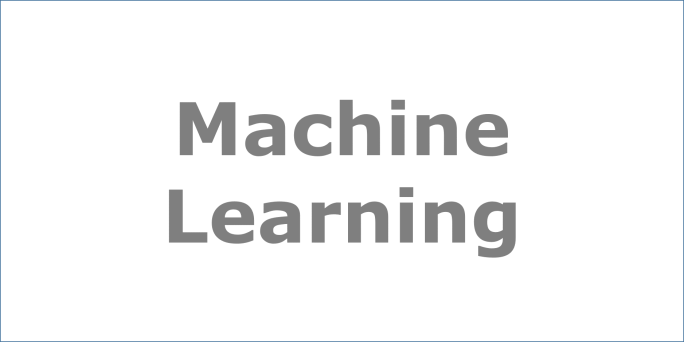 To understand the impact some disruptions can make, it is important to know how an algorithm such as XGBoost, has pushed the Machine Learning community by a leap. With successful results, and winning in multiple competitions, this algorithm is quite a breakthrough, and uses a trivial, yet essential concept to help find effective solutions.

XGBoost is an ensemble learning algorithm, and it stands for Extreme Gradient Boosting. At times, it is important to take the reviews of a few people before we order for a pizza, isnt it ? Thus, this insufficiency of validated information is what is at the heart, and root, of XGBoost.
Now, what is an ensemble learning algorithm ?
Well, to put it simply, we combine the predictive power of multiple results, and the resultant is the aggregated output of several models. For example, if 7 out of 10 suggest that this object is a ball, we will rely on the opinion that ok, this object is a ball.

Did you know that CERN utilises the XGBoost algorithm to classify signals for the Large Hadron Collider ? You may ask why ? Well it’s because of the algorithms construct, scalability, and flexibility that allows it to process close to 3 petabytes (~3000 Terabytes) of data every year. The two common techniques used for statistical models using ensemble learners are Bagging and Boosting.

How does XGBoost work?

Before we begin with understanding how XGBoost works, let us understand what are these two essential concepts, Bagging, and Boosting.

I don’t want pasta to lose, because it is life. 😀

Now, the point here is that, in bagging, the model accepts inputs, and comes up with multiple decisions. The majority of the output received is what wins, and the model will give us an output by a majority vote – just like we did with pasta.

To give you the right example, this is EXACTLY how decision trees work. They create multiple decisions, and the one which has the highest votes wins.

The models are built sequentially such that each subsequent model aims to reduce the errors of the previous model. Each model learns from its predecessors. Hence, the model that grows next in the sequence will learn from an updated version of the errors. Thus, with every passing iteration of the model, we end up knowing “WHAT WE DON’T WANT“.

Intuition: The illustration below should give you a quick idea of how the algorithm works.

As we can see, the output of the First Model, becomes the input of the Second Model, and so on. With each passing model, the errors of the first become the benchmarks for the consequent one, and keep telling it, “OK, understand me clearly, you are NOT supposed to do this!“

How does XGBoost learn from the errors?

I like to explain things with intuitions, because if you can imagine something, you can reproduce it. Sometimes we may not be able to explain it right away, but little by little, imagining what is really happening, in our little grey organ, over time, we are able to express ourselves with a lot more ease.

So, let us take a look at the below illustrations to understand what do we mean by that XGBoost learns from it’s errors ?

Now, let’s imagine this intuitively. In the final result, the output of each one of them is overlapped, and we end up with a final result with correct classification of the Sun and the Moon.

This is how, Boosting really works. It finds the intersection of all correct classifications, and gives us a final model with dependable results. Tada!

Why is the word Gradient used in XGBoost (Extreme Gradient Boosting) ?

Extreme Gradient Boosting gets it’s name from Gradient Descent. The loss function that is chosen by us, is minimised by using gradient descent to help us find the right parameters to ensure this loss function is minimum. The aim is to find those parameters where the loss function give us the MINIMUM results. This is how Gradient Boosting reduces the error. With every pasing sequence, the error reduces, all the way until we have found one final predictor which gives us the least difference in the actual and predicted values.

A combination of model, and computational, efficiency has ensured that this model turns out to be the most effective one among many available. It is Fast, Efficient, and Easy to implement.

An intuitive explanation of the Mathematics behind XGBoost

Mathematics – a word that has given many little children, and adults alike, more sleepless nights than Exhorcist.

Well, to make things simple, for you, and me 🙂 I will provide you with a strong intuition of what is really happening when such an algorithm is put to use. The mathematics can be difficult for me to remember and recollect as well, but with an intuition it shall be simple to grasp the essence of the Algorithm.

To explain the above, we are going to perform three important steps:

Therefore, we achieve a general equation which can visualised as the following:

Now that we have seen what the general boosted model looks like, I have made a quick video for you to see what the model actually does. I enjoy learning with intuitions since it let’s me imagine the models, and numbers, in my mind.

Intuition of the Mathematics

Let’s consider the first square below with ‘x‘ which is 1/4 part of the square being the solution and the residue being 3/4 parts of the square, which is something we don’t need as part of our solution.

Now, over a few iterations, we obtain the following results:

Now what happens after this is where things begin to make complete sense. The three results, overlap, and the end result is shown in a short 20 second below.

As we can see through Part 1 to Part 4 of the algorithm breakdown, of what is really happening at the heart of the algorithm. We achieve results MINUS the residues that are computed. The multiplicative factor is also derived using a mathematical formula. Here, for convenience, I have ensured that the intuition is strongly understood. Some simple ideas can create effective solutions.

Being a quick resouce, here is a quick sample code for your perusal. Can be used as you would want. In another blog post, I shall explain the specifics of how can we hyper tune our model for enhanced results.

I have typed this tutorial with utmost excitement, and a drive to share what I have understood. While I implement the same algorithm at work, understanding the fundamentals of algorithms is key to moving a step ahead everyday while we float through this vast ocean of Artificial Intelligence and Machine Learning. In case you have any questions, or doubts, feel free to drop a message here. If you do observe any errors in the above post, do comment your observations. I would like to rectify the error immediately.